In the upper Belevedere, there is a beautiful art gallery with paintings by Adolf Hölzl and other painters. The Austrian art gallery Belvedere is an important museum. It is located in the Belvedere Palace in Vienna. In addition to the Lower and Upper Belvedere, this institution also includes Belvedere 21, the Gustinus Ambrosi Museum and, until 2017, Prince Eugene’s city castle.

Generell infos about the castle, and the art gallery in Vienna:

Belvedere’s art collection, which has evolved, provides an overview of the development of Austrian art from the Middle Ages through the Baroque to the 21st century. One focus is on the Austrian painters of the Fin de Siècle and Art Nouveau. The heart of the “Art around 1900” collection offered in the Upper Belvedere is the world’s most extensive collection of Gustav Klimt paintings. Highlights are his golden pictures “The Kiss” and “Judith” (1901), as well as masterpieces by Egon Schiele and Oskar Kokoschka. Famous French Impressionism works and an essential Viennese Biedermeier collection are also part of the museum’s repertoire.

Even in the days of Prince Eugene, the two palaces of his summer residence in the Belvedere were storage locations for numerous works of art. After the prince’s death, parts of his collections and the castles came to the imperial family, which had various parts of the imperial art collections set up there from 1781 onwards.

The Imperial Art Collections in the Belvedere (1781–1891)
Vinzenz Fischer: Allegory of the Transfer of the Imperial Gallery to the Belvedere, 1781 – Minerva, the goddess of wisdom, art and clever warfare, points Joseph II to the Upper Belvedere.

After the imperial gallery in Stallburg was already suffering from a lack of space and many paintings could not be exhibited, the regent Maria Theresa and her son, who later became Emperor Joseph II, decided in 1776 to move them to the Upper Belvedere.

Our recent visit to the upper Belvedere’s gallery allowed us to see remarkable paintings by Adolf Hölzl and other outstanding artists. Do you know the other masters behind the other paintings? Could you tell me more about them? Thanks. I reccomend visiting the gallery Belvedere in Vienna. Ralf

Tipps for getting good valuations 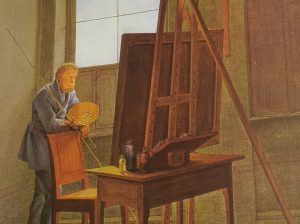 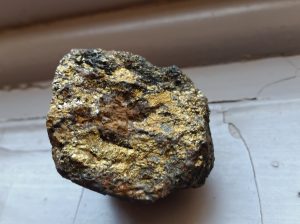 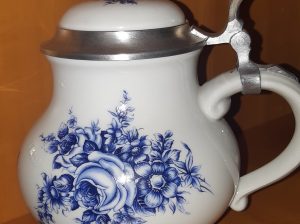 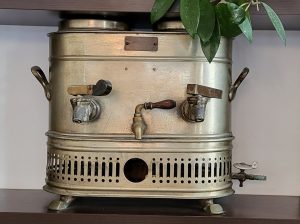 SOMETHING ELSE other valuable things 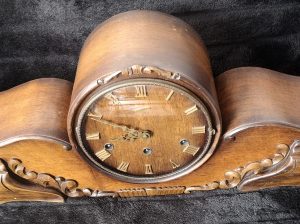 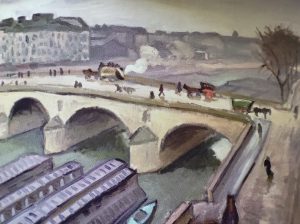 Albert Marquet – the Seine near Paris 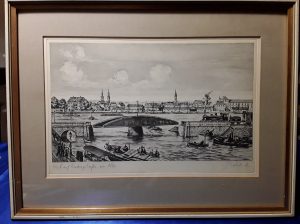 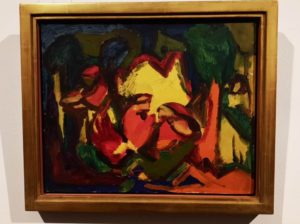 In the upper Belevedere, there is a beautiful art gallery with paintings by Adolf Hölzl and other painters. The Austrian art gallery Belvedere is an important museum. It is located in the Belvedere Palace in Vienna. In addition to the Lower and Upper...

Why are you reporting this ad?
Top
Forgot Your Password ?